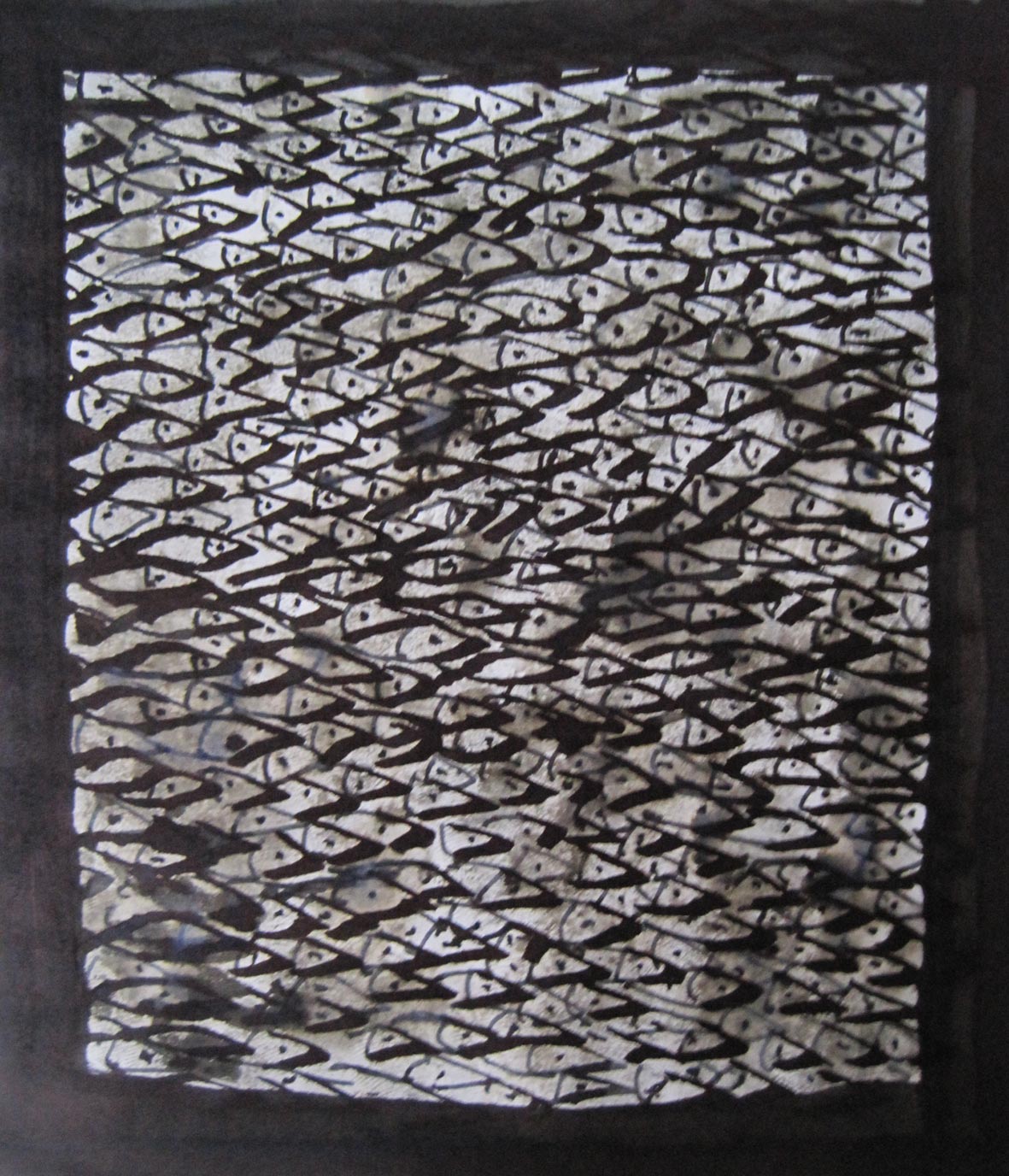 With Geoffrey Hill’s latest book of poems in the world at last, I’ve been mending my nets these past few days and had a few prospective shots, for target catches around Barra, the Isle of Lewis, Raasay, Ornsay, Kintyre, on south to Rathlin, then down the Irish Sea and round as far as the Llwchwr Estuary, on the North Gower coast. Things bode well to make the new issue different once again, come November’s high seas, with startling new art and other illustrations too. I’ve left some fixed gear out there off Connemara and in the wider Atlantic, with my eye on a couple of catches, but mum’s the word. I’m using monofilament and I’m not after You-know-who (pace Monsieur Coldiron) but big fish nonetheless. Already I hear among the crew some Scots and some Scottish Gaelic; a little Welsh too, but sprats not mackerel, or shellfish rather; and the raucous gull-cries of English city folk (riotously conspicuous consumers) in the urban wilderness or ‘bewilderness’ as I think we should call it. The metropolitan promises well this time, as never before. But I mustn’t show my hand so early and there’s many a slip. I must heed the old man’s advice: ‘Never let the next man ken ye, but haud yer tongue…’ When time comes for the last haul, I will need to slip from harbour before dawn, perhaps in foul weather, so none might see where I’m bound, and come back late, to keep close how many stone I netted on my way – what species of catch I made; what writers, artists and poets I had for crew at the last, until it’s time to publish Archipelago 7 and be damned in the arc-light glare of the dawn fish-market. Truth is these are hard times everywhere and we’re scraping the bottom at present. Even the barnacles are complaining. It’ll be a while before liquidity floats us on its spring tide, but given time it will, and all manner of thing shall be well. Meanwhile I work away, early and late, whistling and humming to myself that old crooner’s standard: ‘Memories are made of fish …’

CAUGHT-BY-THE-RIVER and NEW NETWORKS FOR NATURE – These enterprises continue to be our favourite fellow-travellers. Please enquire after them and support them however you can.