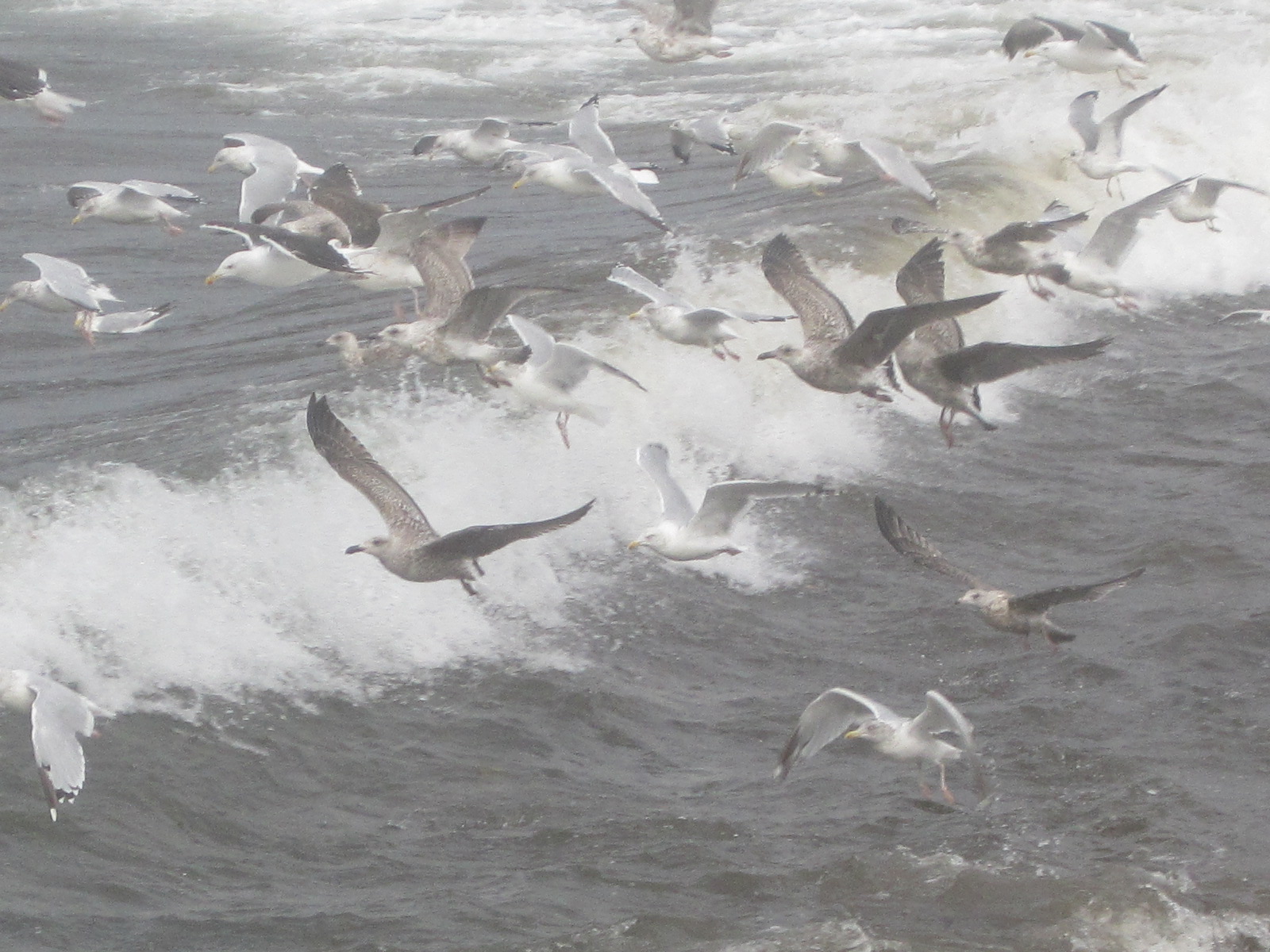 I was in Ireland shortly after Seamus Heaney’s death, in Dublin, then on west to the Aran Islands. Both as seen from the Poolbeg Light on the South Wall at the mouth of the Liffey on a blowy day and rising tide and from a storm-bound Aran, Ireland seemed a smaller place without his presence, somehow empty, empty as a fish-box washed up in the tidemark.

Issue 8 of Archipelago is dedicated to his memory. I’ll not repeat here what I say in its Editorial as to his support for the archipelagic venture. But the issue has for frontispiece a collaborative work by Norman Ackroyd and Seamus Heaney, in which the poem ‘Postscript’ is ghosted over an etching of Inishtearaght. 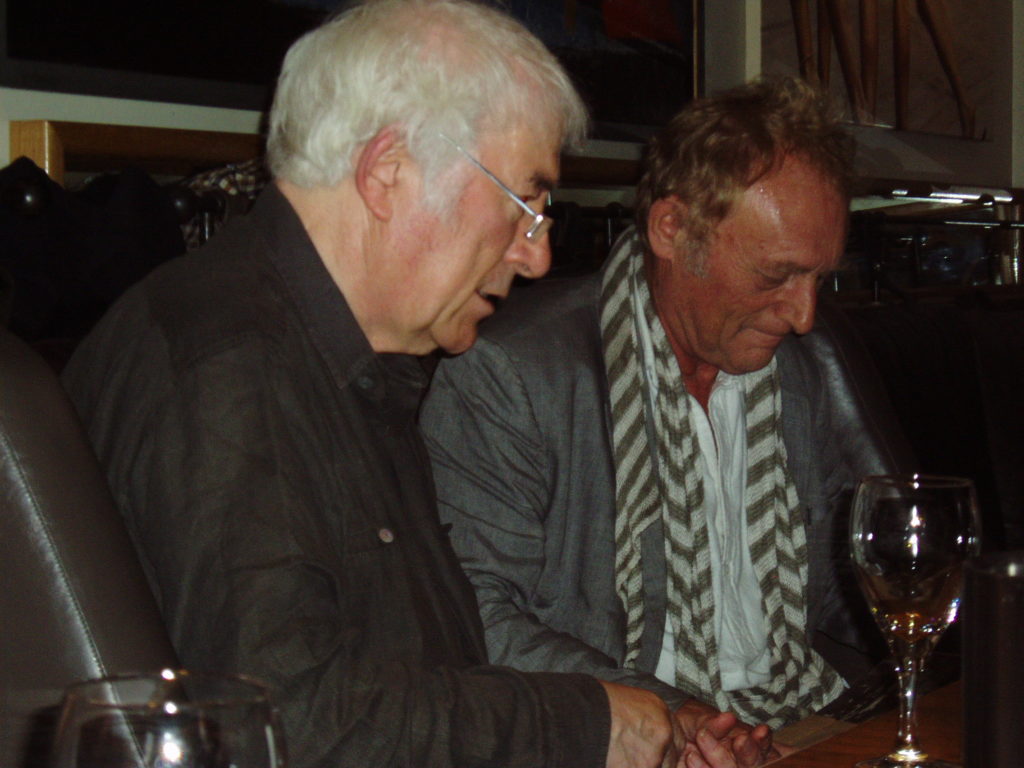 The photograph here of the two men together dates from an Archipelago/Clutag Press event at the Bodleian Library. Also here a snap showing Seamus Heaney and Tom Paulin with the author of An Aran Keening in the Irish Writers’ Centre, in Dublin in 2001. 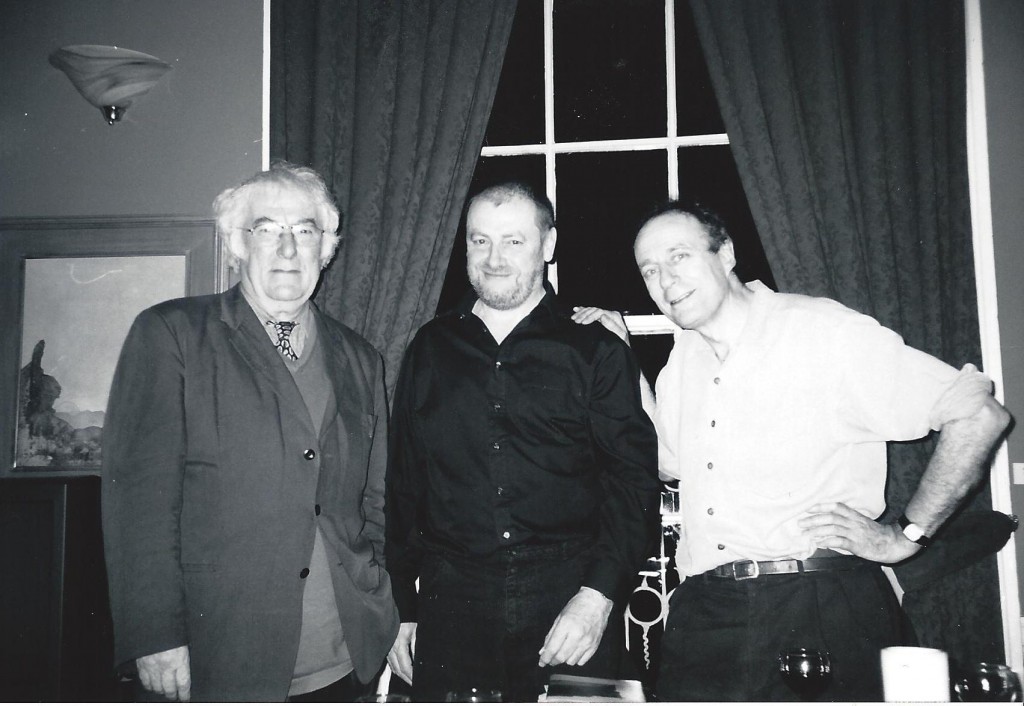 Issue 8 of the magazine has been seen on the horizon. It is due to make harbour early in November and in its hold a DVD of Clutag Press’s 10th birthday celebrations, produced by Shaun Bythell and Jessica Fox of PICTO Productions. If you haven’t ordered your copy of issue 8 yet, now’s the time, before the print-run sells out. Among those starring: Norman Ackroyd, Robert Macfarlane, Katherine Rundell, Tom Paulin . . . .