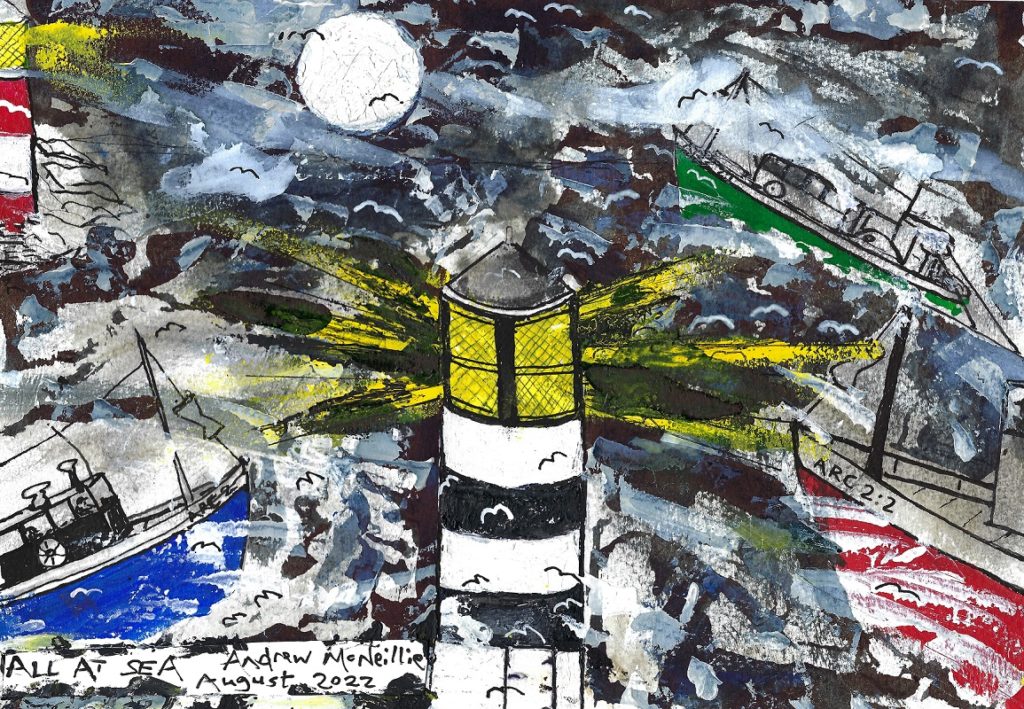 This is how we are in August, all at sea, searching the waste of waters, fishing for issue 2:2. There’s only a temp in the office, to package orders, stalk through the Post Office with the mailbag, and drop in at the PO Box. There, the other day, to everyone’s delight, awaiting collection was a copy of the latest issue of the ASLEF Journal (that is the journal of the Associated Society of Locomotive Engineers & Firemen). We’ve long been in negotiation with ASLEF over a discretionary Archipelago subscription rate for the membership, many of whom have been dropping in at the London Review Bookshop and buying their copies there at the standard rate. This has more than once led to delayed departures from Euston, St Pancras and King’s Cross. So we are keen to reach an agreement. They are tough negotiators, for sure. But to show the extent of their good will towards us, and especially ‘The Skipper’, the editors of the journal have given us a little publicity in the July issue of their journal, as you may see for yourselves: 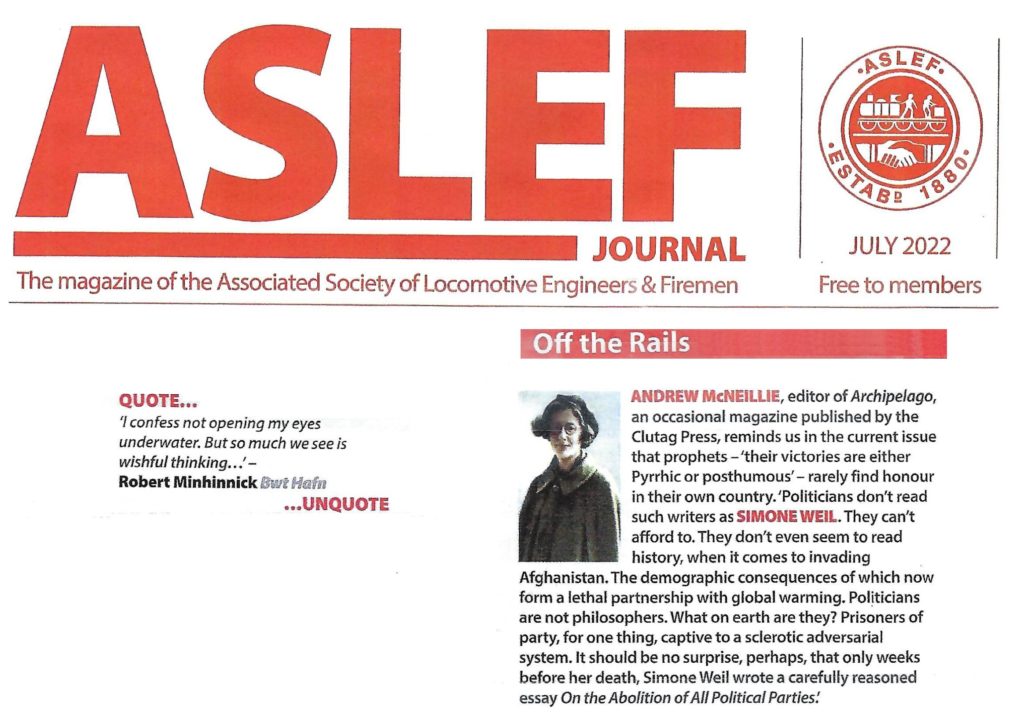 The ‘Quote . . . Unquote’ feature is from Robert Minhinnick’s contribution to Archipelago 2:1 ‘Wild Swimming’. It appears at the foot of a piece entitled ‘Shameful and seedy’ citing Lord Patten’s opinion (and that of Dominic Grieve) of the late Boris Johnson. ‘The Skipper’ has given his grudging approval to the article (he has nothing but kind words for Patten, in whose company he says he was once at dinner) but makes it clear that the only Tory he’s remotely interested in is Tory Island. He is otherwise over the proverbial with pleasure and has filled the intercom with a long ramble about the occasion, in the late 1970s, when he was in the company of Ray Buckton (ASLEF General Secretary 1970-87) and a certain ‘Comrade Viktor’, ‘Cultural Attaché’, Soviet Embassy, at a country house just south of the Ashdown Forest. What the old boy was doing there remains obscure. Some have wanted to believe he was working for MI5 and that his habit of writing poems, such as the one that follows here (from a sequence ‘A Little Bagpipe Music’, and in honour of all Locomotive Engineers & Firemen), has been nothing more than an ingenious, or not so ingenious, front.

The Age of Steam

A corridor-train, the kind you only see
in monochrome movies now, full of smoke,
undercover men, and others à la Buchan
on the run. A dodgy priest. A family
moonlighting with all they own
in a bulging suitcase, belted like a fat man.

Lower the window by pulling on
the broad leather strap and let it slip
through your hand. Take the air.
Stick your head out to get a better look
at those islanded moorland farms,
through a stinging eyeful of soot.

Feel the hot smell of steam
moisten your cheek. Watch the telegraph poles
flash by and the wires dip
and rise between them, cradling
the nation’s calls, urgent news,
the operator eavesdropping.

Look out for the solitary one
bound for the end of the line and the ferry.
No, he’s not me. I’m the one
in the guard’s keeping, to alight
at Dumfries, change for Newton Stewart,
and meet my great aunts there.